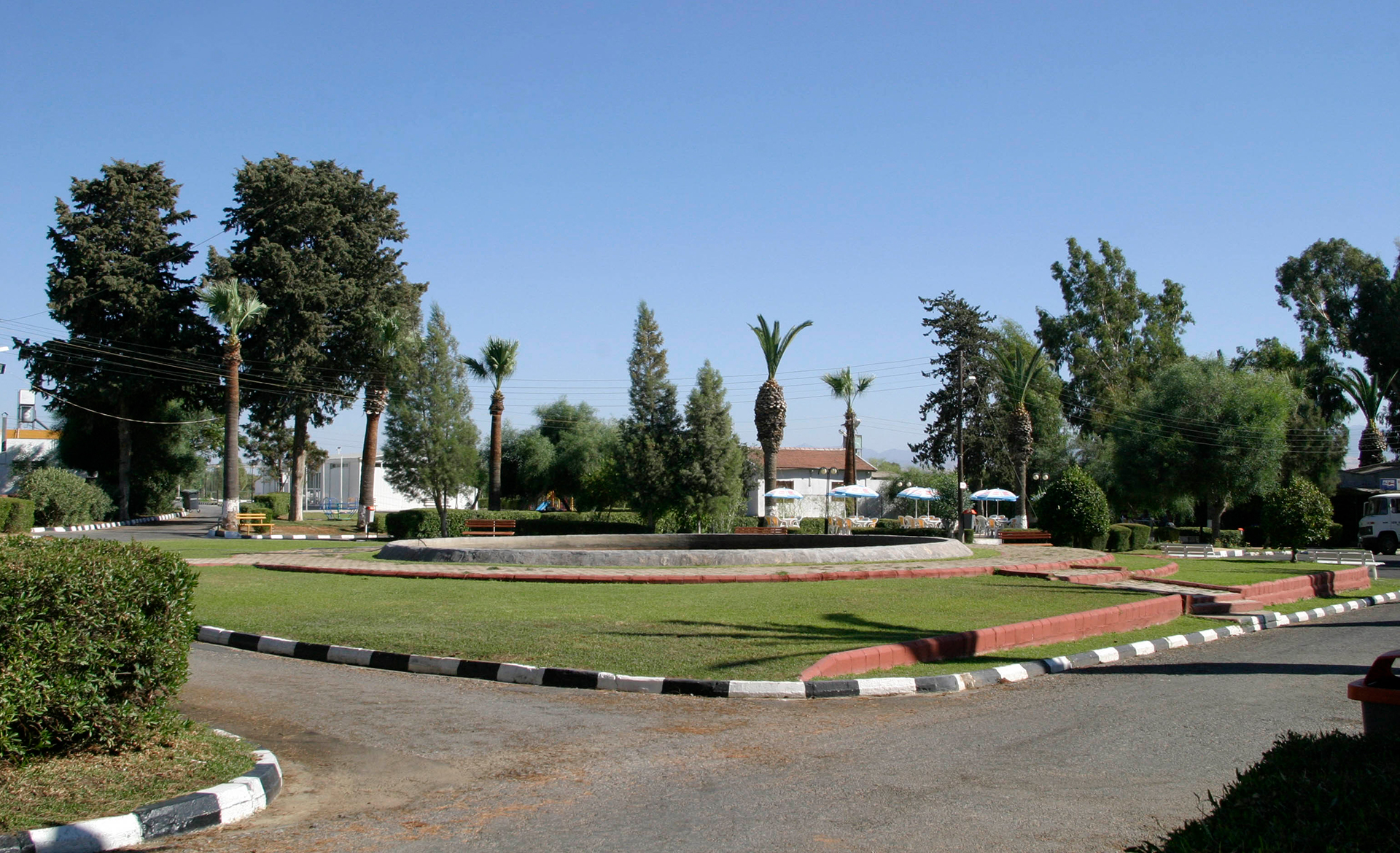 From Goddess Morpho came Theomorfou. Slowly, the prefix “theo” was omitted and Morphou remained. Goddess Aphrodite was worshiped by the name Morpho, mainly in Laconia of the Peloponnese. Consequently, this version links Morphou with the Laconians, who may have lived in the western part of the large central plain of our island.

The second version (K. Chatzipsaltis) states that the name of Morphou came from the first inhabitant of Morphou named Theomorphos. In antiquity, names with the prefix ‘Theo’ in names such as Theophylactos, Theocletos, Theodoritos, Theocritos was quite common. The name Theomorphos was found for the first time in a bibliographical note of the Paris codex in the 10th century AD. The change of this name took place during the period of the Frankish rule in Cyprus (1191 – 1570 AD), since the French did not have the letter Th in their language, and they used the letter Th as T. So, the name Theomorphos was pronounced as Theomorpho or Theomorpho. The first syllable the or te was taken by the French as the preposition de which showed a title of nobility or noble origin. We also have a title of nobility during the Frankish rule, the Count de morfou.

The beautiful town of Morphou is built on the western central plain of Cyprus, near the Serrachi River, at an average altitude of 65 meters, and its administrative area is approximately 5,636 hectares. The Morphou plain is located north of Pentadactylos, south of the Troodos igneous complex, west of the Gulf of Morphou, and east of the basins of Pidia and Serrachis-Ovgos rivers.

During these years, agriculture began to develop. The first major step in this direction was taken in January 1897, when the people of Morphou created a cooperative through which they managed to use four water springs for the irrigation of their land. Back then, they grew orange trees, lemon trees, fig trees as well as various other varieties. In 1907 the director of Agriculture, Sarakomenos even helped to create an arboretum in Morphou. From 1908 onwards, agricultural exhibitions began to take place in Morphou with farmers, stock-breeders and manufacturers of the area promoting their products. In October 1932, the Morphou Agricultural College was established, which made a significant contribution to the development of agriculture in the region. It is noteworthy that in April 1912 a textile factory was established in the town by the manufacturer G.Gr. Dimitriadis.

Morphou was particularly involved in the October Events of 1931, when many people from Morphou were convicted of the incidents. The Mayor Eratosthenis Ieridis, Giorgos Dimitriadis, Giorgos Lambri Toumbazos as well as the Housekeeper Klimis Papaioannou, Chr. Tomaridis, Chr. Pirgos and many others were among those convicted. The British also imposed a fine of 500 pounds on residents for the damage they caused to various government buildings.

Morphou has been inhabited since ancient times and this is proved by the many settlements that have been excavated or discovered around it, such as the archaeological remains of the area Toumba tou Skourou, which are near the river Ovgos.

Toumba tou Skourou was a Cypriot town built around the end of the Middle Bronze Age. The Sanctuary of Aphrodite is another archaeological discovery in the area, which is near the road that links Morphou with Myrtou, and near Toumba tou Skourou. The sanctuary was dedicated to goddess Aphrodite.

During the Byzantine years, Morphou became a residence for the Acrites. Frequent Arab raids forced the Byzantine Emperor Tiberius III to resettle the Acrites in Attalia and Cyprus. The Acrites built a small church in the honor of patron Saint Mamas in their camp. The Acrites spread the acritic songs on the island as they are preserved to this day.

In the years following the Frankish occupation, Morphou was granted by the Frankish King of Cyprus to the Frankish feudal lord Laurent de Plessil. Leontios Machairas refers to Morphou as one of the centers of Cypriot peasants and slaves, who rebelled against the Frankish domination in 1426. After months, the revolution was suppressed, and no sanctions were imposed to Morphou or other regions. The same chronographer refers to the churches of Agios Theodosios, Agios Polemios and Agios Mamas.

In the immediate aftermath of the Turkish occupation, Morphou was the capital of a homonymous unit that was administratively owned by the district of Kyrenia. People of Morphou at that time were working in agriculture, farming, commerce and crafts. Among the cultivated species were cotton and flax and silkworm farming for silk production.

Prior to the establishment of a regular Greek school in Morphou, Greek was taught by priests. It is reported that around 1840 the father of the famous teacher Sappho Leontiadou, Leontios, taught children of the area. The first Greek school was founded in 1852, in the Monastery of Saint Mamas by the then Metropolitan of Kyrenia Meletios (1852-1862), with the first teacher being Michael Ioannides (1852-54). Charalambos Kyriakidis then served for 3 years, and Michael Ioannides returned in 1858 and remained until 1860. After Ioannidis, Socrates Vakirtzidis was appointed, followed by Makarios Sklavoudis, Alexandros Loukas, Aristotelis Paleologos, followed by Ector Ierides, Ioannis Kyriakidis and Telemachos Kallonas (1883).

Unfortunately, in 1896, the mayors of Morphou, after intense disagreement, asked the Governor to close the primary school, something which fortunately did not take place.

The first kindergarten was founded in 1917 and was housed in the primary school. 130 children have studied there with only a teacher. Another kindergarten was founded in 1933 with the permission of the Director of Education K. Kalli with teachers Ioanna Christofidou and Aliki Thymidou. It should be noted that the primary school, planned by Simos Menardos, was completed in December 1908. This school was originally intended to become a Girls ‘Schools but eventually functioned as a Boys’ School.

The Greek School, founded in 1917 by Arsenios Nikolaidis, made a significant contribution to the education of the people of Morphou. The reading room, created in January 1885 by the teacher T. Kallonas and had 38 subscribers, also played an important role. It was the first reading room in town. Another Reading Room named “Omonia” was founded in December 1905 under the President Kostis Georgiadis. Other Reading Rooms that operated in Morphou were Isotis in May 1913 with President NG. Iakovides, the “Anagennisi” in 1913 with secretary GN Iakovides, the “Anagennisi” again in 1924 with President G. Dimitriadis and “Enosis” in 1929 with President Theocharis Ioannides.

Prior to the establishment of the “Digenis Akritas” Association,the Eleftheria Gymnastic Association was founded in 1922. The first Board of Directors consisted of Th. Ioannides, IM. Michaelides, V. Gavriilides, D. CH. Michaelides, CH I. Charalambides, H. Passia and I. Kourousides. Finally, in April 1931, “Digenis Akritas” was founded. The first Board of Directors consisted of: Paul. G. Jordanou, Menelao X”Loizi, Chr. Kumera, Const. Kumera and Pant. Chiapari. Two years later, “Hercules” was founded in 1933, which also had a football team.

Morphou also founded a “Philoptochos Society” to help the poor in April 1933. The Committee of the Society consisted of 15 members, chaired by Mr. Pyrgos. Other events, which took place, were the operation of the railway in October 1906, the founding of the first cinema in 1921, called “Aster-Pate”.

Also, in 1973, Morphou acquired, for the first time in its history, its own Metropolitan Region, with Chrysanthos Sarrigiannis as its first Metropolitan (1973-1996). Today, Neophytos is the Metropolitan of Morphou.

This historical review is a mere outline of the evolution of a small town, whose inhabitants are hard-working and are always willing to progress. Morphou has become the “land of promise” and everyone praises the town and its people.